Did S. Fred Singer trick Revelle into an association to achieve an agenda? When the sequence of events is examined, the intentions seem to implicate his agenda. “The energy companies reportedly began taking steps to prevent the public from believing that humans are warming the planet” … “as early as the 1980’s”. It looks like even then, Singer was working with Michaels, Balling, Ellsaesser and Lindzen.

The science and myths of global warming: 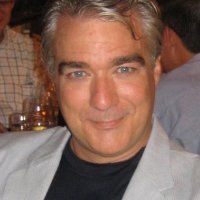 The Real Truth About the Revelle-Gore Story

The 1991 Cosmos paper, “What to do about Greenhouse Warming: Look Before You Leap,” is not “Revelle’s article.” That is a myth, perpetuated at first by a few participants and now being spread by the many people they have misled. Revelle did not write it.

Revelle, the grandfather of modern global warming science, former Director of the Scripps Institution of Oceanography, and former science advisor to the U.S. Secretary of the Interior, was deeply trusted as an objective, careful and honorable scientist. He was worthy of that trust.

Revelle’s belief until his death that global average warming in the 21st Century would probably fall in the range of one to three degrees Celsius.

…the energy industry began taking steps to prevent the public from believing that humans are warming the planet. Revelle’s belief until his death that global average warming in the 21st Century would probably fall in the range of one to three degrees Celsius, a position well-known to his colleagues, held great sway in science circles and policy bodies. Revelle’s student at Harvard, Al Gore, was gaining public attention through the 1980s and he was passionate about what Roger had led him to see.

…states that warming in today’s century will be “well below normal year-to-year variation.” This can only be taken to mean less than about 0.2 degrees Celsius, ten times less than Revelle’s actual belief. How did this happen?

The Cosmos article is S. Fred Singer’s work. Singer may urge that Revelle was a co-author technically, simply because he allowed his name to be used. Since publication of the Cosmos article, however, Singer has been shown to be the sole author of the major points of the paper, including the constantly quoted conclusion, by virtue of prior publication by Singer alone in the journal ES&T. The evidence is found in the linked documents below.

After a series of unsuccessful attempts to get Roger to work on this document, Dr. Singer must have decided that the only way he was going to get this thing done was to come in person.

…cannot be demonstrated beyond a single review of the galley proof, a lengthy session for Roger at a time when his physical ability to pay attention for many minutes was severely eroded. About the article and this session, Revelle’s long-time secretary, Ms. Christa Beran, remembers in a 1993 sworn affidavit:

“[…] Roger had been very reluctant to be involved in this enterprise. […] I know it was not one of Roger’s priorities. […] I do not remember seeing any review by Roger of any text by Dr. Singer before a day in February 1991 when he came to Roger’s office. […] I am sure that Roger and I together never worked on the article […] After a series of unsuccessful attempts to get Roger to work on this document, Dr. Singer must have decided that the only way he was going to get this thing done was to come in person.”

As far as it appears, Revelle did not work on the paper prior to the final review session of February 6, 1991 at Scripps. Singer has admitted that he could not recall ever receiving comments from Revelle on any of the three drafts that Singer wrote and distributed leading up to the galley proof version.

Drafts were distributed to Michaels, Balling, Ellsaesser and Lindzen

Singer has admitted that it is possible the three successive drafts were distributed to Michaels, Balling, Ellsaesser and Lindzen; further, he describes receiving their comments and incorporating their contributions. No evidence has surfaced that Revelle was ever made aware that such a team was actually writing “Revelle’s article.”

Did Roger entered into co-authorship fairly and fully informed? For instance, Singer also has admitted that he cannot recall informing Revelle, during the intervening months that supposedly the Cosmos authors were hard at work together, that he, Singer, published himself, as sole author, a major chunk of the Cosmos article in another journal, including the title, most of the conclusion and the key, most-used quotes: “Look before you leap” and “The scientific basis for a greenhouse warming is too uncertain to justify drastic action at this time.” (see Environmental Science & Technology, Vol. 24, No. 8, 1990).

…this would make him the sole author of this material. So, in this context, how is one to look at attribution of authorship to Revelle for that same material? Were these co-drafted, co-written, and/or co-authored sections? Where does Revelle’s authorship begin?

My understanding, from conversations with Roger in 1991 and Christa in 1992, was that Roger was pressed and worn down in a single multi-hour session on a single day in February of 1991. This was a time when Christa and I limited our own working sessions with Roger to 15-20 minutes, because he would fatigue so quickly. Apparently the session with Singer was hours long. Shortly after publication of the Cosmos article, Roger showed it to me, saying, with clear embarrassment: “S. Fred is a rather persuasive fellow.”

“[…] In late summer 1990, Roger started coming into the office for short periods of time and often would spend much of the time dozing. […] Sometimes he would fall asleep while he was dictating […]. I remember that even as late as November 1990 […] he was too weak to walk very far. […] Dr. Singer arrived unannounced one day in February 1991. I was unprepared for his visit, thinking that Roger had other plans for that afternoon. […] I remember feeling that Roger was cornered, because I thought I understood from the fact that Roger had procrastinated so long that this enterprise was something he didn’t really want to be involved with.” (Christa Beran Affidavit, 1992)

Changes to the final galley proof owing to the discussion between Singer and Revelle on February 6, 1991 in Revelle’s office comprise less than 1% of the text of the published article.

Further, the changes are not wholly consistent or representative of Revelle’s known views, most significantly that the expected warming in the 21st century would be 1-3 degrees Celsius, as opposed to “well below normal year-to-year variation.” This normal year-to-year variation, in a less-pressured moment, Roger would have realized from his own frequently-used lecture materials to be less than about 0.2 degrees Celsius. (Normal yr-to-yr variation)

Revelle was hoodwinked, in my view. Perhaps more severe terms are deserved. My personal conversation with Roger shortly after the publication of the Cosmos article gave me the very strong sense that he was intensely embarrassed that his name was associated. He seemed noticeably relieved when we agreed together that perhaps the readership of the Cosmos Club journal would be small and limited. Little did either of us anticipate at that moment what was really going on and what would follow.

One has to ask, given the above circumstances, why is this Cosmos article so widely referenced and so constantly held forth as a “Revelle paper”? Why, for instance, is not this article referred to as the “Singer article”?? After all, Singer really wrote it, with input from his group of contributors. And Singer claimed a good chunk of the article as sole author before Revelle put pen to paper.

[“…the energy industry to discredit scientists and politicians…”]

From the halls of Congress, to a Vice-Presidential debate and in multiple republications, this Cosmos article has been used by Singer, Balling and Michaels to harrass, embarrass and otherwise discredit Al Gore. This has persisted for more than a decade. This fits into a much larger campaign by the energy industry to discredit scientists and politicians who are trying to warn the public about impending climate change and its consequences.

Admirably, Gore has refused to cease crediting Revelle as the man who gave him knowledge and inspired him to care deeply about climate change, and who led him to pay honest attention to the science. Gore is still seeking to awaken the public to the reality that the globe is warming.

Over ten years ago, I was forced by a SLAPP suit to retract my statements exposing the Cosmos myth described here. Likely to prevail at trial because my statements were true, I regretted deeply that I could not then afford to continue. I had hoped, in settling, that the other side would honorably let the Cosmos paper and this issue slide into obscurity.

This did not happen. In 2003, Singer published a book chapter, titled The Revelle-Gore Story: Attempted Political Suppression of Science, that presented the story the way he’d like it to be known. His story villifies both me and Al Gore. The editor of that book swallows the story and echoes the condemnations in his own introductory chapter. And the objectionable use of this Cosmos article by the very participants in its creation has not ceased (see Balling, SEPP, May 2006).

This shameful manipulation and exploitation of the life and teaching of a great scientist and humanitarian cannot stand.

…and exploitation of the life and teaching of a great scientist and humanitarian cannot stand. For my friend and colleague, for all those who have been misled by this Cosmos myth, and for the honor of a courageous and committed politician and journalist, it is important that I hereby fully rescind and repudiate my 1994 retraction and make available the evidence that supports my statements.