John Coleman, Fred Singer, Richard Lindzen and others have claimed or inferred that Roger Revelle did not promote action on human caused global warming. Nothing could be further from the truth. As always, context is key; Coleman, Singer, Lindzen and others are taking what Roger Revelle meant out of context. Revelle recommended immediate prudent steps to mitigate and delay climatic warming.

Note: The original publishing date for this article is March 14, 2009

Learn more about the science and myths of this global warming event:

This article beloe copied from: scienceblogs.com 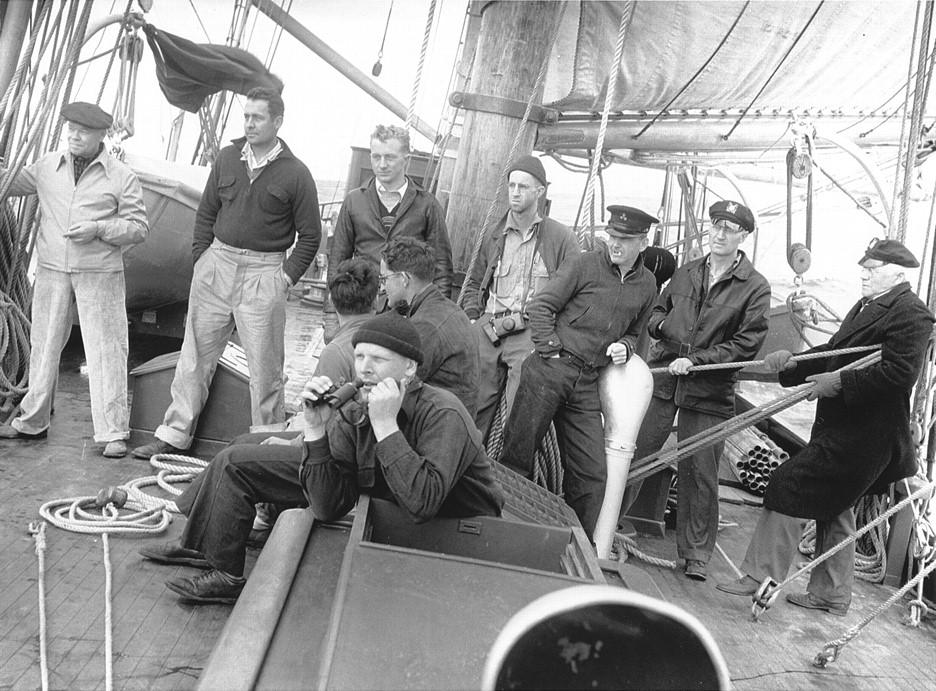 “We have a very strong belief that the climate will get significantly warmer over the next 50 years because of the increase in concentrations of so-called greenhouse gases,’ said Roger Revelle of the University of California at San Diego, chairman of the science association’s climate committee.

“This will have a profound effect on water resources in the United States, particularly in the arid West,’ said Mr. Revelle, a founder of greenhouse science in the 1950s.

Contrary to George Will’s “Al Gore’s Green Guilt” {op-ed, Sept. 3} Roger Revelle – our father and the “father” of the greenhouse effect – remained deeply concerned about global warming until his death in July 1991. That same year he wrote: “The scientific base for a greenhouse warming is too uncertain to justify drastic action at this time.” Will and other critics of Sen. Al Gore have seized these words to suggest that Revelle, who was also Gore’s professor and mentor, renounced his belief in global warming.

Nothing could be farther from the truth.

When Revelle inveighed against “drastic” action, he was using that adjective in its literal sense – measures that would cost trillions of dollars. Up until his death, he thought that extreme measures were premature. But he continued to recommend immediate prudent steps to mitigate and delay climatic warming. Some of those steps go well beyond anything Gore or other national politicians have yet to advocate.

Revelle never failed to point out that there are both established facts and remaining uncertainties about greenhouse warming.

“We’re clearly going to have a rise in temperature in the next 100 years because of … greenhouse gasses … {but} we don’t know how big it is going to be,” Revelle said in a videotaped interview with University of California at San Diego biologist Paul Saltman in December 1990. “We can’t say whether the temperature rise will be 2 or 10 degrees.”

While avoiding the word “catastrophe,” Revelle argued that the long-term effect of the predicted warming would be “quite serious because of the effect on water resources. … We’re likely to get a large continental area, particularly in the interior of the North American continent, where it gets drier and drier and drier.” He also thought that a small probability of an extremely adverse event, a 10-degree temperature rise, warranted serious action now.

So in recent speeches and writings, he recommended several kinds of action, including:

Change the mix of fossil fuels to use more methane and less coal and oil.

“Combustion of methane produces about twice as much energy per gram of carbon dioxide as does the combustion of coal, and about 50 percent more than combustion of oil. It is also a clean, relatively non-polluting fuel. We need to expand greatly and to conserve the world reserves of methane, particularly those of the United States.” (American Association for the Advancement of Science, February 1990.)

Revelle advocated conserving energy by using the price mechanism (the polluter pays principle) – for example, by increasing the tax on gasoline (Cosmos, 1991). In private, he often spoke of a $1.00 a gallon tax as eminently reasonable, not “drastic.” Who was the last national politician to advocate a $1.00 gasoline tax?

In the Saltman interview, Revelle reiterated: “I want to see us cut down on use of fossil fuels – coal, oil and natural gas – especially coal … a nasty, dangerous substance.” He advocated instead nuclear energy, which he argued has been safely generated in France because of good engineers and a single design. Again, the switch from coal to nuclear energy was, to Revelle, not a “drastic” step. But who was the last national politician to speak a good word for nuclear energy? Or a bad word for coal? Revelle also recommended that we develop biomass energy from trees, plants and agricultural wastes.

Revelle noted favorably President Bush’s proposal to plant a billion trees a year for the next 10 years, which could accumulate substantial amounts of carbon dioxide from the atmosphere. Revelle would have been happy to see public spending of several billion dollars annually to promote tree growth worldwide.

All of us remember our father’s frustration at the White House award ceremony in November 1990, when he received the National Medal of Science. Told he would sit next to John Sununu, a well known advocate of the “wait and see” approach, he was delighted at the prospect of bending Sununu’s ear. When Sununu failed to appear, Revelle was disappointed, saying, “I had hoped to tell him what a dim view I take of the administration’s environmental policies.”

Roger Revelle proposed a range of approaches to address global warming. Inaction was not one of them. He agreed with the adage “look before you leap,” but he never said “sit on your hands.”

The writer was assisted in the preparation of this article by other members of her family: her mother, Ellen, her sisters, Anne Shumway and Mary Paci, and her brother, William Roger Revelle.