This article is extracted from the CP Energy Position page, which is now updated with new information. Some info updated.

Clean, Safe, Sustainable systems and rapid transitions based on needs and technology to achieve energy independence and a healthier future. Enabling transitions to protect the health of the environment and provide sufficient energy is key to a stable healthy transition.

Policy direction will need to address future needs with greater consideration in a rapidly changing world where resources and needs must be weighed more carefully as well as the affects of our decisions. Americas dependence on foreign energy needs to be abated as rapidly as possible. Having allowed this situation is one thing, to remain dependent is risking our economy and security. Again innovation is key to the future. 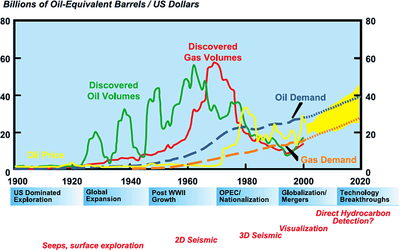 “I believe the industry has the resources to meet future global energy demand for some considerable time. I base this in part on my belief that technological advances will continue in exploration, development and production, just as they have in the past. This is the major component in our success equation that we can control, and we must be relentless in its pursuit.” 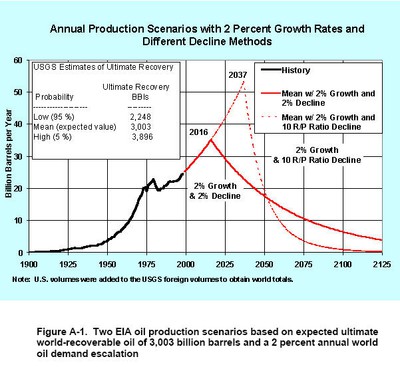 Princeton Plasma Physics Laboratory (PPPL) is a collaborative national center for plasma and fusion science. The Laboratory is managed by Princeton University funded by the U.S. Department of Energy, Office of Science.

U. S. Geological Society (USGS-www.usgs.gov) Mission: The USGS serves the Nation by providing reliable scientific information to describe and understand the Earth; minimize loss of life and property from natural disasters; manage water, biological, energy, and mineral resources; and enhance and protect our quality of life.

In the year 2000, EIA (Energy Information Administration, Dept. of Energy www.eia.doe.gov) developed 12 scenarios for world oil production peaking using three U.S. Geological Survey (USGS) estimates of the world conventional oil resource base (Low, Expected, and High) and four annual world oil demand growth rates (0, 1, 2, and 3 percent per year).120 We believe the most likely of the EIA scenarios is the one based on the USGS expected ultimate world recoverable oil of 3,003 billion barrels coupled with a 2% annual world oil demand escalation.

Increasing energy demand, combined with environmental factors and global stability will be driving factors in the years to come. We need to make decisions that will strike the best balance between current and future needs. These policies must consider long range thinking in order to achieve maximum benefit.

Any strategy that does not contain the best intelligence on these issues combined with common sense will fall short of the most beneficial solutions.

As demand increases there will be upward pricing pressure. Increased usage of fossil fuels around the world has multiple downsides that are becoming more obvious as we move forward. Cleaner energy sources are needed to address current and future concerns. We need a strategy that helps us transition to meet the needs of the nation.

The observable increase seems to have an inverse proportional response to the weakness of the dollar. 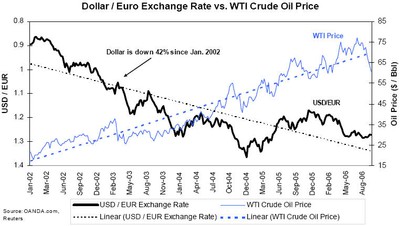 There is a great deal of development going on in clean burning fuels. Ethanol made from sugar is already being used in South America very successfully and many cars can run on both ethanol and gasoline.

Fuel cells are making great strides and hopefully will accelerate quickly. Policies must accommodate rapid transition to smooth out the changes. The question we need to ask ourselves is what will it take to replace every single car in America? The answers will direct policy for the foreseeable future. (Downside is that it takes energy to make the hydrogen fuel.)

Further research in areas such as clean/safe hydrogen extraction, wind, solar, tidal should be encouraged.

The reality is there is a lot of fossil fuels left in the ground. If we burn it all we will also burn down our economy. The majority of the remaining fuels are coal and shale and are more costly to  process. Thus developing new technologies to provide energy for our society is critically important. Therefor we must redirect the economic engines with regard to energy needs and environmental considerations.

Peak oil will eventually happen. In the mean time it already looks as if peak sweet crude has already occurred. Some calculate it began as early as 2007, based on usage and already discovered deposits. Some, that think there are still undiscovered sweet crude deposits say it could be as late as 2050 or beyond.

One thing is for certain, it will happen based on our burn rate. Continued increases in demand in India and China combined with eventual diminishing supply will equal higher gasoline prices. We need to prepare. We need to change.

The plan in the 2000’s seemed to be that when the oil begins to run out and the price of gas is to high, then it becomes affordable to convert oil sands in Canada to fuel (Downside is more Co2 released further contributes to global warming).

Prudence dictates consideration and foresight in either case. We need to rapidly transition away from risk into cleaner more sustainable energy infrastructure.