I had not thought about the origins of monetary corruption of our political system for about 20 years. It was popping in an out of my mind though, ever since I last researched it. I was speaking with the Federal Election Committee on Dec 13, 2021, and the topic of Citizens United came up when I was discussing the corruption caused by money in politics.

But that wasn’t the end of it. After Citizens United, which empowered corporations to help corrupt American Politics, some billionaire from Atlanta Georgia decided if corporations were allowed to do massive corruption using money to influence politics, why was he limited in how much he could pour into the influence he could shove into the system with his deep pockets. That was McCutcheon v. FEC – 2013.

So here is the problem:

So how do we fix this?

If one examines the original case(s), something smells funny.

It turns out the ‘Reporter of Decisions’ wrote the key opinion, not the supreme court justice.

That may mean that if we attack the legs of the original case, maybe we can tear down the whole stack.

So as it is known that the justice did not attach corporate rights to the 14th Amendment regarding the Equal Protection Clause, and in fact the Reporter of Decisions wrote it. Then it stands to reason that if the original case is addressed, the truth that Santa Clara is only standing because no one has bothered to break that weak leg yet, may become painfully obvious.

Chief Justice Waite seems to have abrogated his responsibility by saying “I leave it with you to determine whether anything need be said about it in the report inasmuch as we avoided meeting the constitutional question in the decision.” Thus the Chief Justice did not write the opinion that began the corporate person argument regarding ‘equal protections’ AND there was a conflict of interest with J. C. Bancroft Davis, being that he had in fact also been the president of a Railroad himself.

It stands to reason that the Founding Fathers established the government of the United States to protect the nation and the people. They did not have any language about protecting corporations. 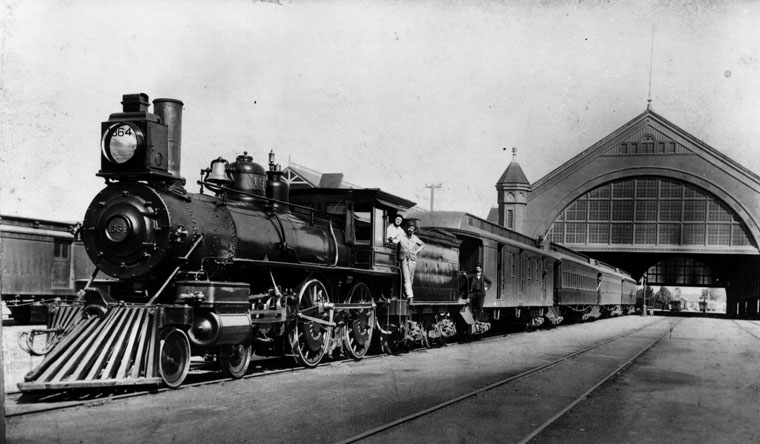 ​The Case & The Problem

The State legislature held the California Constitutional Convention of 1878–79, and drew up a new constitution that denied railroads “the right to deduct the amount of their debts [i.e., mortgages] from the taxable value of their property, a right which was given to individuals.”

There has been no serious attempt to pick away at the core issue. The original case that eventually led to Citizens United and the McCutcheon case, has never been properly challenged.

Note: This story will likely be updated but this is enough to get you familiar with the nature of how the Corporate Person became a thing. Basically, corporations did not want to pay taxes, so they asked the court to treat them the same as citizens using the ‘Equal Protections Clause’ of the 14th Amendment as their establishment argument.