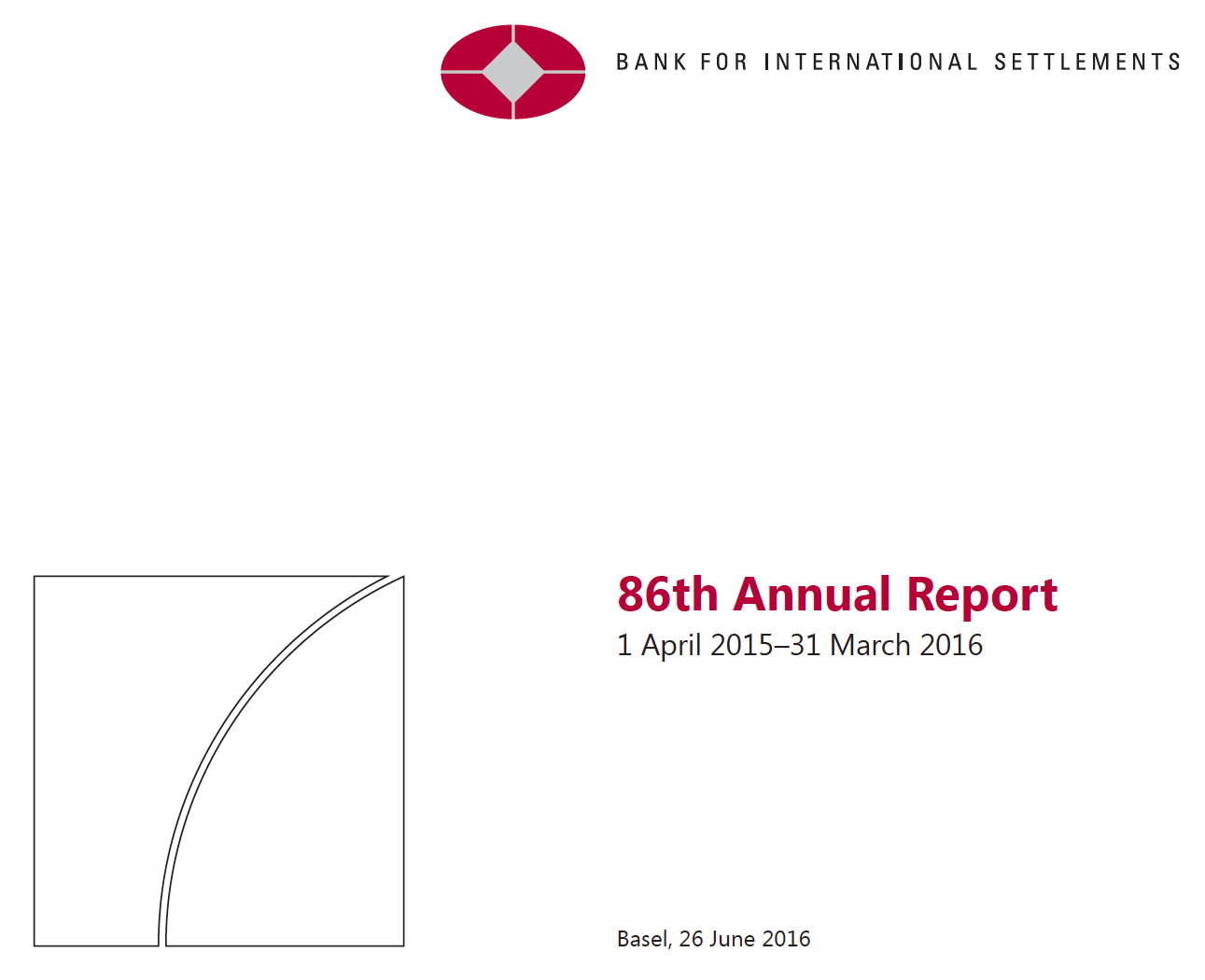 There is an urgent policy need for sustainable expansion models as systemic inability to temper the boom-bust cycle and reduce the impact risks of debt fueled growth remains inadequately addressed. Their remains a need to complete financial reforms judiciously while insuring long term stability.

Structural reforms are required. The market needs policies we will not regret in the future. Debt load and uncertainty continues to impact growth potentials by restraining investment. Fiscal policy also remains an essential focus as the relationship between banks and public finance creates an adverse feedback loop.

Policy critical to crisis prevention may come from removing tax provisions that unduly incentivize debt over equity; whereas current policies can lead to over-leveraging and increased fragility in market systems, which increases bust cycle risks; which are difficult to recover from. Banks are stronger but insurance and mutual fund regulation/supervision needs to be addressed as well.

Chapter I: When the future becomes today

Judged by standard benchmarks, the global economy is not doing as badly as the rhetoric sometimes suggests. Global growth continues to disappoint expectations but is in line with pre-crisis historical averages, and unemployment continues to decline. Less comforting is the longer-term context – a “risky trinity” of conditions: productivity growth that is unusually low, global debt levels that are historically high, and room for policy manoeuvre that is remarkably narrow. A key sign of these discomforting conditions is the persistence of exceptionally low interest rates, which have actually fallen further since last year.

The year under review saw the beginnings of a realignment in the forces driving global developments: partly in response to US monetary policy prospects, global liquidity conditions began to tighten and the US dollar appreciated; financial booms matured or even began to turn in some emerging market economies (EMEs); and commodity prices, especially the oil price, dropped further. However, global prices and capital flows partly reversed in the first half of this year even as underlying vulnerabilities remained. There is an urgent need to rebalance policy in order to shift to a more robust and sustainable expansion. A key factor in the current predicament has been the inability to get to grips with hugely damaging financial booms and busts and the debt-fueled growth model that this has spawned. It is essential to relieve monetary policy, which has been overburdened for far too long. This means completing financial reforms, judiciously using the available fiscal space while ensuring long-term sustainability; and, above all, this means stepping up structural reforms. These steps should be embedded in longer-term efforts to put in place an effective macro-financial stability framework better able to address the financial cycle. A firm long-term focus is essential. We badly need policies that we will not once again regret when the future becomes today.

Financial markets experienced alternating phases of calm and turbulence in the past year, as prices in core asset markets remained keenly sensitive to monetary policy developments. Investors also closely followed growing signs of economic weakness in the main EMEs, especially China. Bond yields in advanced economies continued to fall, in many cases to historical lows, while the share of outstanding government bonds trading at negative yields reached new records. Low yields reflected low term premia as well as a downward shift in expected future short- term interest rates. Investors turned to riskier market segments in a search for yield, thereby supporting asset prices despite already high valuations. Unease about such valuations, coupled with concerns about the global outlook and about the effectiveness of monetary policy in supporting growth, resulted in recurring sell- offs and bouts of volatility. Markets appeared vulnerable to a sharp reversal of high valuations. Some outsize bond price movements point to changes in market liquidity, but lower leverage should support more robust market liquidity under stress. Financial markets also exhibited persistent market anomalies that spread further, such as a widening cross-currency basis and negative US dollar interest rate swap spreads. These anomalies partly reflected market-specific supply-demand imbalances, sometimes reinforced by the impact of central bank actions on hedging demand. They also reflected shifts in the behaviour of large dealer institutions, which are now less active in arbitraging the anomalies away.

Global growth of GDP per working age person slightly outpaced its historical average and unemployment rates generally fell in the year under review. Perceptions of economic conditions, however, were defined by further falls in commodity prices, large swings in exchange rates and lower than expected headline global growth. These developments hint at a realignment of economic and financial forces that have unfolded over many years. In EME commodity exporters, the downturn in the domestic financial cycle mostly compounded the fall in export prices and currency depreciations, with economic conditions becoming weaker. In general, tighter access to dollar borrowing amplified these developments. The anticipated rotation of growth failed to materialise, with activity in advanced economies not picking up as much as needed to offset slower EME growth, despite some upturn in domestic financial cycles in the advanced economies most affected by the Great Financial Crisis. Lower oil and other commodity prices have not yet triggered the expected fillip to growth in importers, possibly because some parts of the private sector are still nursing weak balance sheets. The scars of repeated financial booms and busts and debt accumulation also hang over global potential growth: factor misallocation appears to be holding back productivity, with debt overhang and uncertainty seemingly restraining investment.

Monetary policy remained exceptionally accommodative as the room for manoeuvre shrank and the prospects for further delay in policy normalisation increased. Against the backdrop of diverging monetary policies among the major advanced economies, some central banks continued to supplement historically low policy rates with further expansion of their balance sheets. Inflation developments played a big role in policy decisions, as exchange rate swings and declines in commodity prices affected headline Inflation. At the same time, central banks had to factor in the inflationary cross-currents coming from a mix of cyclical and secular drivers, with the latter continuing to keep a lid on underlying inflation. Central banks also had to grapple with concerns about the seemingly diminished effectiveness of monetary policy through domestic channels. Naturally, external channels took on greater prominence, but they also presented additional challenges to price and financial stability. More broadly, the evolving policy tensions between price and financial stability underscored the need to raise the prominence of financial stability considerations, both of a domestic and external nature, in current monetary policy frameworks. Further progress has been made in understanding the trade-offs and in operationalising such a framework.

Fiscal policy should be an essential part of the post-crisis macro-financial stability framework. As history shows, banking crises wreak havoc with public finances. Growing fiscal risks, in turn, weaken the financial system: directly, by undermining deposit guarantees and by weakening banks’ balance sheets through losses on their public debt holdings; and indirectly, by limiting the authorities’ ability to stabilise the economy through countercyclical fiscal policy. The tight two-way link between banks and public finances also creates the potential for an adverse feedback loop, in which financial and sovereign risks reinforce each other. Moving away from the present favourable treatment of domestic public debt in capital regulation to one that reflects more accurately sovereign risk is important to weaken this loop. But, by itself, it is not sufficient. Maintaining or rebuilding a sound fiscal position is key. Building sufficient buffers in a financial boom creates the room to repair balance sheets and stimulate demand if a crisis occurs. A stronger countercyclical stance may also help contain excessive growth in credit and asset prices. But the most important contribution to crisis prevention may come from removing tax provisions that unduly incentivise debt over equity, leading to too much leverage and greater financial fragility.

Chapter VI: The financial sector: time to move on

The Basel III framework is nearing completion. In addition to finalising the remaining calibration decisions, consistent and thorough implementation is now key, alongside more rigorous supervision. With regulatory uncertainty receding, banks need to keep adjusting their business models to the new market environment. This includes addressing legacy problems, such as those related to non-performing loans – an adjustment that will have to take place in challenging macroeconomic conditions linked to low, or even negative, interest rates. Once financial sector repair is completed, safer and stronger banks will unambiguously contribute to a more resilient economy. At the same time, as risks continue to migrate from banks to non-bank intermediaries, additional prudential challenges arise. Key areas include insurance supervision and mutual fund regulation. Source: BIS (Bank For International Settlements) 86th Annual Report