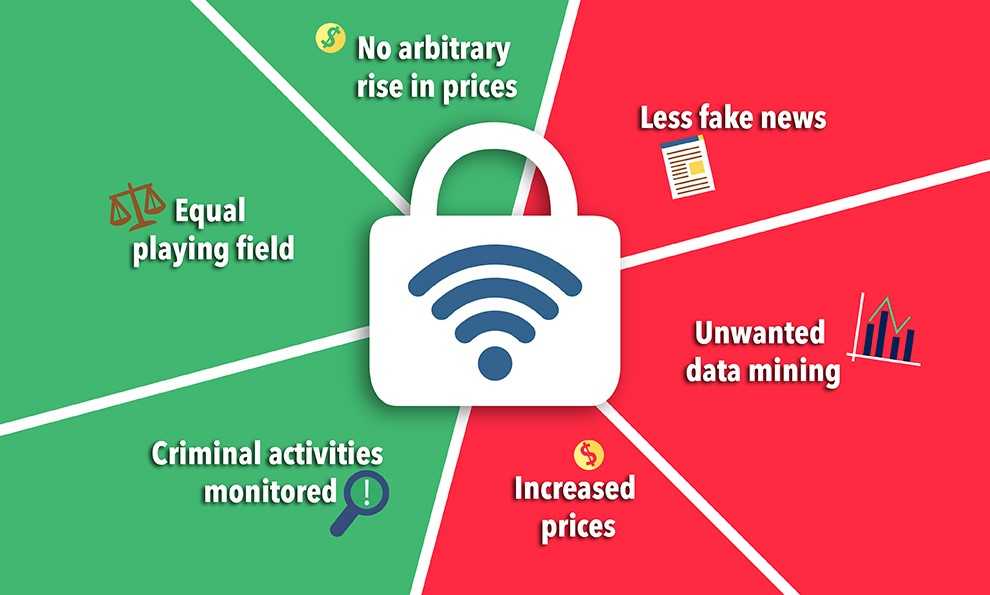 Net Neutrality is a Security Issue

by John P. Reisman — last modified Nov 24, 2020 05:45 PM
Network Neutrality affects the Open Internet and the World Wide Web and how much control corporations have over what you/we can and can’t see as well as how much it will cost you/us is about to be classified by the FCC. Broadband Discrimination is the key issue. Why Net Neutrality is important spans a variety of subjects from speed of information sharing, promotion of liberty, capacity for free market innovation and competition as well as national and international security issues that impact America.

The internet is a utility that enables freedom and innovation.

The CP supports Net Neutrality because it is clear that reducing the ‘open net’ reduces freedom and liberty on multiple levels. From promotion of democracy and liberty to protection of free speech and the ability of free markets to innovate and compete in a rapid and progressive manner. The main point is how the internet is classified by the FCC (Federal Communications Commission). By classifying the net as a utility, which from the CP perspective it clearly should be classified as, the ability of the government to protect the free flow of information and free market capacity is increased.

Ironically, corporations promoting regulation and stratification, which will allow charging more for selective access to bandwidth, are arguing that by ‘restricting’ access they are supporting ‘free market’ principles. Context is required to understand that they are arguing corporate rights in contrast to the rights of ‘the people’ to have equal access to a necessary and needed public utility.

The internet is the most important pipeline we have for information, communication, and organization.

This lends to the larger argument of the corporate person, whereas corporations claim they are people too, legally, in accordance with ‘Citizens United vs. the FEC’, which first, does not support ‘citizens’ rights, and second supports ‘corporate’ rights,  by granting corporations the rights of a person. Rhetorically inferring Citizens United was a ‘right of the people’ is absurd at best, but at worst it is a serious erosion of the potential of the ‘American Dream’ as we have understood and came to value in the founding and shaping of The United States of America.

Corporations say they have no intention of reducing the free flow of information, but this is an ambiguous and unreliable phrase. They can say they have no intention, but if the corporate lobby achieves their goals they will be able to restrict access at the last mile between your house or connection and the provider. This gives them the ability to create artificial scarcity thus pushing the consumer into paying more if they want more or better access. Corporations will also be more able to restrict content thus limiting the open nature of the net. This can have many varied ramifications affecting content access.

The negative ramifications of allowing corporations to gain control of the internet will most likely include increased costs for access, reduction of utility of the internet, and a general and potentially strong impact over the short and long term ability to foster freedom, liberty and even economic and national security. And if you were ever concerned about the NSA using your data to control your life (generally the NAS mission is to protect Americans) you might want to consider the fact that corporations literally restrict your ability until you give them permission, otherwise your general internet interaction may be limited (Just think about the number of times you’ve clicked “I Agree” without reading the endless small print). And corporations ‘do’ use your data to control aspects of, and impose influence over your life via network interactions that are far more intrusive than the NSA when examined in relevant context.

Consider economic and national security. In this case, the U.S. government ‘utility’ classification can aid in protecting free speech and free markets. Contrast this with countries where governments are controlling the free flow of information on the internet – in this case it would be corporations having control over the free flow of information. China, Russia, and others are doing their best to reduce freedom on the net and therefore control the message, the people, and what they are ‘allowed’ to talk about. Remember the 1993 coup in Russia. If not for the internet, the people of Moscow would have had a much more difficult time organizing to put down the coup. The internet is a security utility that helps protect freedom.

From the CP perspective, reducing Net Neutrality is similar to reducing Free Speech. Reducing Net Neutrality clearly is implicated in increasing corporatocracy, which is the amount of control that corporations are able to exercise over their ability to influence and reduce free markets and liberty, which can lead to and result in a greater corruption of democracy and degradation of the Republic as well as an erosion of the balance of powers.

By not classifying the internet as a utility we allow corporations increased control over access. This enables greater ability to increase costs for access. It also enables monetary barriers to entry in the marketplace.

This type of unfair competition needs to be discouraged and falls into the anti-trust violation area.

In contrast the open internet has fostered individual innovation which has greatly enhanced the ‘utility’ of the internet. Therefore, this type of unfair competition and limitation being lobbied by corporate providers to control the utility of the net needs to be discouraged by protecting and ensuring an open internet.

In 2003 Professor Tim Wu of Columbia University – Law School published a paper called ‘Network Neutrality, Broadband Discrimination’, which presented context between those for control of the internet and maintaining it’s current “Darwinian” (open/evolving) structure, which is more of a ‘Free Market’ approach allowing the open nature of the net to enable open development and more equal communications access across a broad and level playing field.

What is At Stake

At stake is the classification by the FCC as Title I, or Title II, both (and consideration of other aspects of the Act such as access under section 706), which deals with the rights and duties of telecommunication providers. In order to protect Net Neutrality and an Open Internet the FCC should classify the internet as a utility with as much protection of the ‘public utility’ as possible. Ensuring it is not morphed into a ‘corporate utility’ is important in this consideration. Thus enabling the FCC full authority to defend an open internet and equal access rights from a regulatory perspective for public (flesh and blood) persons.

Note: The fact that we need to differentiate flesh and blood persons and corporate persons is another issue that needs to be addressed in greater detail.

What You Can Do Right Now

I, along with the Centrist Party, strongly support an Open Internet and Net Neutrality. The internet is more than a simple utility such as telephone or broadcast communications. It’s bigger than that, and even more important. It is the cumulative advancement of human communication and interaction technology. A free and open internet allows and enables freedom of speech, national and international communication and organization. It also connects people with other critical utility services. It is the largest provider of emergency and critical information available from government and educational institutions directly to the public.

Furthermore, the Internet helped prevent the coup in Russia in 1993; enabled democracy during the Arab Spring. Dictatorships and corporations desire to control freedom of information flow across this critical communications utility pipeline inhibiting access and artificially increasing cost while reducing innovation and competition, which is distinctly Anti-American. Please vote for and support Network Neutrality by voting to ensure an ‘Open Internet’ with regard to the maximum utility classification possible at the FCC ‘for the people’ of America.

The internet is the most important utility pipeline we have for information, communication, and organization. Let’s keep it  open.