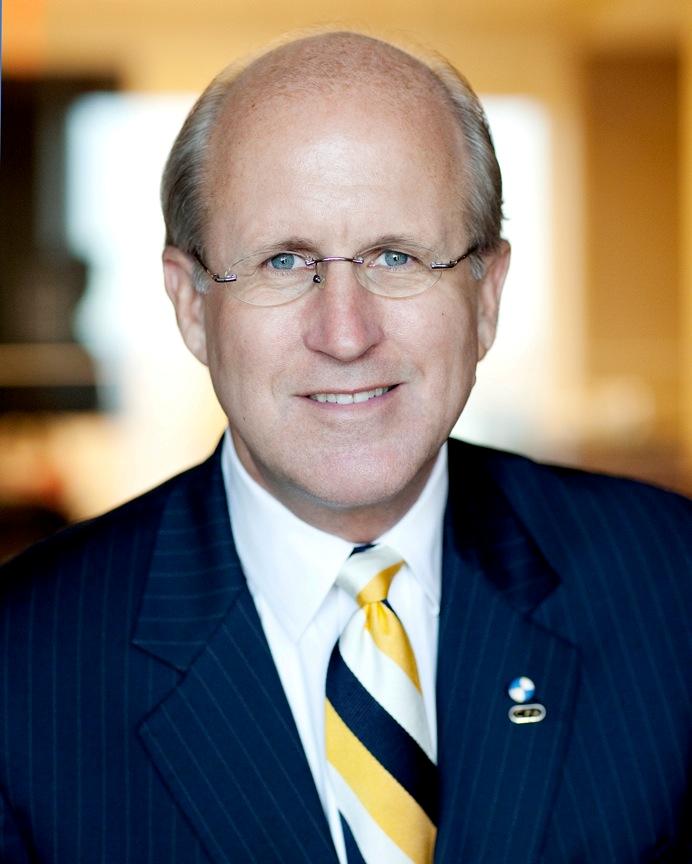 A Centrist Party is just a very smart idea.

The United States of America would benefit greatly from a sensible third choice in the 2012 presidential election to help break the gridlock that is holding America back from steering a successful course for our Republic and achieving a stronger democracy. We need major reforms and a leadership team willing to make it happen. The Centrist Party is always seeking leaders that makes sense. David M. Walker (Former Comptroller General of the United States and head of the Government Accountability Office) is and strong candidate in that department.

AN INTERVIEW WITH DAVE WALKER:
(Former Comptroller General of the United States and head of the Government Accountability Office)
by John P. Reisman – April 26, 2012

While the Centrist Party does not embrace populism due to it’s inherent risks, there is a group called Americans Elect that seems to have amassed enough signatures to put a third candidate on the ballot for the 2012 election. Dave Walker is one of the draft candidates. This interview reveals that Dave is a qualified candidate for Centrist support.

Dave Walker has a strong reputation for ethics, pragmatism and getting things done. His record at the GAO showed that he was able to reduce costs, increase performance, accountability, and strengthen integrity in the organization. These are admirable qualities; and the same qualities that the Centrist Party encourages at all levels of society and governance.

Perspectives For The Sensible Center

There is a current independent effort to draft you utilizing the Americans Elect process to bring a third nationwide choice into the 2012 Presidential election. While you have stated that you are not seeking elective office, the ‘sensible center’ would benefit from knowing more about your perspectives on critical national issues. It is clear that whoever is elected President in 2012 will be stepping into an incredibly complex situation where many of the nation’s serious problems are intertwined in some way with the others. The Centrist Party is interested in your perspectives on key issues that our nation faces.

Our political leaders often rely on ambiguous phrasing to avoid taking a stance on difficult issues, or because the correct answer may be in conflict with special interests that support them, or public misunderstanding on an issue.

1. Regarding political campaigns, would you agree with the following phrase: ‘Ambiguity is the root of all evil.’ And what does that mean to you?

Ambiguity is a root of evil, but not of all evil. I have always believed in thinking clearly and talking straight irrespective of my position in life and who I am addressing.

Our country is at a critical crossroads in its history, the American people need to hear the facts, the hard truths and the tough choices that we face, and be provided with sensible solutions. They need to understand that we can successfully address our many challenges and how candidates propose to do so in clear and concrete terms.

2. Are you in favor of our political leaders, and those aspiring toward leadership, ‘not’ evading direct questions and instead providing clear answers and ‘clearly’ admitting their mistakes before they move on to the next answer?

Yes. We need more honesty and integrity in government.

3. Regarding intelligence, which do you feel is more important, what the American people think’ is real, or what the best intelligence available indicates is most likely?

I believe that what the best intelligence available indicates is ‘most likely’ is the most important thing to consider in decision making. In my view, leaders have a responsibility to listen to the people, consider the hard evidence and review independent analyses before making key decisions. Leaders also have a responsibility to help set public expectations, explain their actions, and admit their mistakes.

Our economy, capitalism, and our Republic is at risk due to abuse and neglect by politicians and a broken campaign system that has been infiltrated by special interests, and especially corporate interests indirectly influencing the political process and interfering in achieving the public good.

1. Our monetary economy is based on a mix of capitalism and a regulated economy. Unregulated capitalism tends toward resource depletion while over-regulated economies reduce economic capacity. What basis would you suggest for balancing these factors?

We need to seek to achieve a reasoned and reasonable balancing of interests designed to achieve growth and opportunity in an equitable and sustainable manner. Some regulation is necessary to protect the public interest and discharge our stewardship responsibilities to future generations. However, in my view, we need fewer and simpler regulations that are enforced. This stands in stark contrast to Washington’s current regulatory and enforcement approach.

2. It is becoming increasingly clear that special interests are overly influencing our legislators. What would you propose as a solution to this dilemma?

Washington has been taken over by career politicians and special interests. We need both political and lobbying reforms. For example, there should be a more comprehensive and longer ban on former Congressional members and key staff as well as political appointees in engaging in lobbying related activities.

3. What is the best way to reign in government spending?

Government has grown too big, promised too much and waited too long to restructure. It will take a number of years to accomplish the needed review, reassessment and re-engineering but we need to start now.

We also need to re-impose tough statutory budget controls, reform existing social insurance programs, reduce defense and other spending, and engage in comprehensive tax reform that will make the system simpler, fairer, and more competitive while also generating adequate revenues to pay the bills and deliver on the promises the government intends to keep. Finally, some Constitutional amendments are needed in the fiscal area, including setting an effective credit card limit for the U.S. Government.

With regard to education, some national needs can be in conflict with state needs. For example the nation may need more engineers while states may be more concerned with jobs in general. This could cause an imbalance in qualified capacity for both the state and the nation.

1. Do you feel the state and federal systems should work more together to solve problems (republican) or that states should be more independent (democratic)?

I believe that we must improve our current K-12 education system and address the escalating costs to obtain a college or university degree if we want to increase economic growth, improve our competitiveness, and create more job opportunities. I also believe that education should be controlled more at the state and local level rather than the national level. At the same time, we need a few national standards to address key societal needs that cross all geopolitical boundaries. For example, minimum standards dealing with reading, math, science, financial literacy and civic responsibility.

2. While some think it is time to get rid of the Department of Education, we are facing a time where the states need guidance to help meet the needs of the nation. What would you suggest in this situation?

We need to dramatically reduce and better target the federal government’s role in the education area. The remaining responsibilities could either be done in a much smaller Department of Education or as a key element of a reorganized government that might include a Department of Competitiveness in lieu of a number of current federal Departments.

3. Would you support performance based systems to encourage better results in our educational system?

I do support performance-based concepts but you need to be very careful regarding how such systems are designed and implemented. For example, performance-based systems need to include a range of evaluation factors and be risk-adjusted.

The Pentagons Joint Operational Environment (JOE) report from Joint Forces Command indicates that our energy security is threatened and we are essentially reaching peak oil in 2015 based on demand to refining and extraction capacity.

1. What should our leadership do, and in fact what policies would you push for to balance needs and demand?

We need to pursue a multi-pronged strategy to enhance our energy security. This includes more drilling, greater emphasis of natural gas, sands, shale, wind, bio and nuclear energy, and greater conservation. We also need to take steps to reduce our reliance on unstable oil suppliers and certain geopolitical regions.

2. Since fossil fuel burning is in conflict with environmental costs that are impacting our economy, and since we can not just stop burning fossil fuels due to infrastructure reality, what incentives or means would you support to help transition to safer, sustainable, cleaner energy sources.

3. Would you support a direct tax such as Fee & Dividend?

We need to use our tax system to create more incentives for energy conservation and use of alternatives while also providing adequate financing for our transportation infrastructure. The Road to Recovery Report which I co-chaired along with Senator Bill Bradley and Governor Tom Ridge represents on example of such a comprehensive reform approach.

Recently a letter sent to NASA administrator Charles Bolden, Jr. and was signed by 50 former NASA employees; including 7 astronauts, and many NASA engineers and administrators. The letter was sent to the head of NASA declaring “The unbridled advocacy of CO2 being the major cause of climate change is unbecoming of NASA’s history of making an objective assessment of all available scientific data prior to making decisions or public statements.” Out of the 50 NASA signees, none were climate scientists. According to a peer reviewed analysis done in 2009, 97.4% of working climate scientists “think human activity is a significant contributing factor in changing mean global temperatures.”

1. If astronauts, engineers and administrators are to be considered experts in climate, does that mean that climate scientists are qualified to fly space shuttles and rockets without proper training?

2. Do you believe there is still a debate about the related causes of the current warming trend and the role CO2, or that emissions other than man induced activities are the major cause of current climate change?

I believe that man induced activities are the primary cause of climate change.

3. Scientists and economists indicate that a mix of solutions are needed to address the impacts of climate change from mitigation to adaptation. Where would you go to get the best intelligence on these issues?

I would rely primarily on qualified scientists and evidence-based approaches in making related policy decisions.

We have the most expensive healthcare system in the world and yet the health of our citizens as well as the healthcare being provided are considered below many other leading nations. Again, intelligence indicates that a mix of solutions are needed. What are your three top priorities to address this problem and increase the health security of our nation?

1. Repeal and replace the Affordable Care Act. The replacement Act should focus on universal coverage for preventative/wellness and catastrophic care. It should also be much more aggressive in connection with cost controls and quality enhancement features.

2. Set a limit for how much of the federal budget will be allocated to health care like every other major industrialized nation.

Special interests have been allowed to take over our political infrastructure. This presents a much higher risk that undue or inappropriate influence is being exerted upon politicians at all levels. This issue impedes the ability of government of the people, by the people, for the people. What are your top three solutions to address this problem?

1. Redistricting reform to make the objective to maximize the number of competitive districts consistent with the voting rights acts.

America’s security relies on multiple factors ranging from a strong and prepared military to healthy economic and energy infrastructure. Climate change is also threatening to exacerbate stressors on the issues mentioned. What are your top three priorities regarding the security of the United States?