40% of Public School Children are Overweight or Obese in NYC 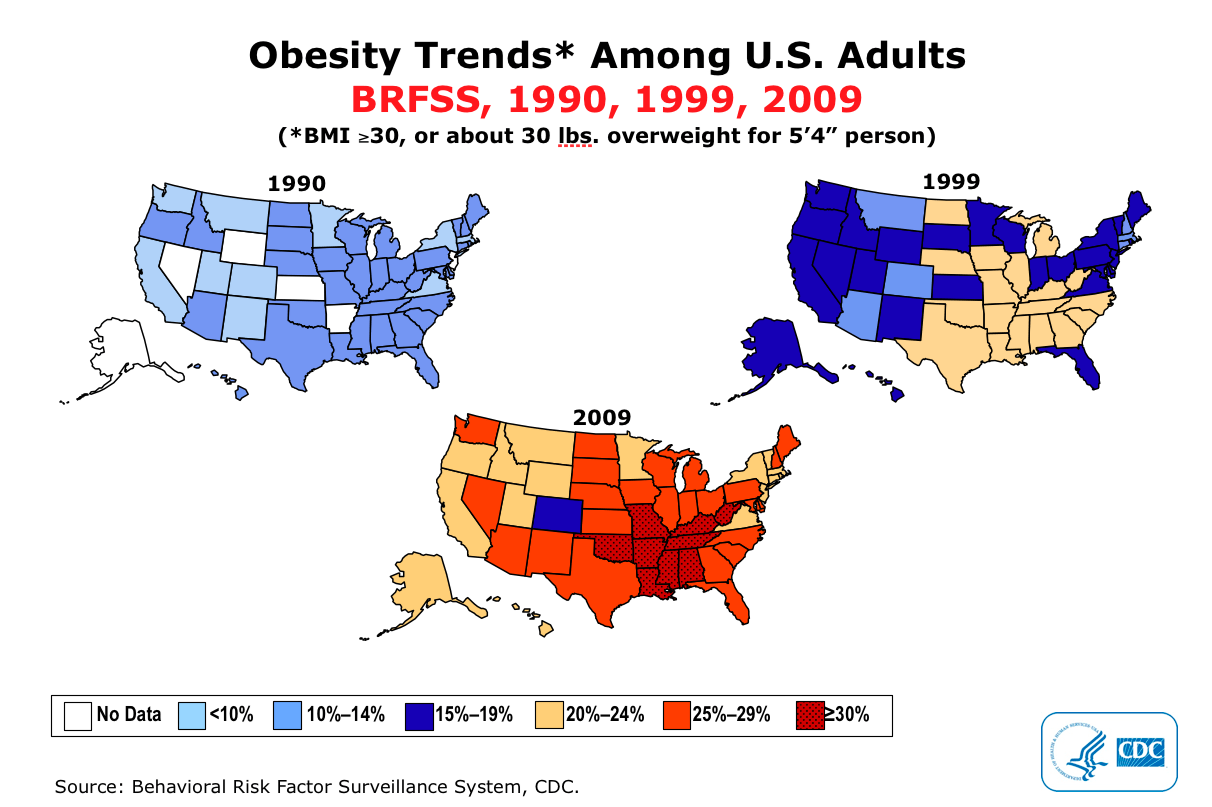 In 2009, a New York Times article highlighted the the increasing problem of ‘increasing weight’. The specific issue Mayor Bloomberg is attempting to address with ‘reasonable’ regulation is the ability to buy unhealthy sugared drinks with public funds. This was of course responded to the by the appropriate special interest assigned to protect the right to profit at the expense of the public, namely – The ‘American Beverage Association’.

If we are going to discuss healthcare and costs, we need to address the root of the problem. Preventative medicine is cheaper than trying to cure a problem after it has manifested. Because health care costs in America are rising much faster that our incomes as a people, and as a nation, we better start trying to get ahead of the problem.

Of course obesity is only one aspect of healthcare reform but it is an important one. It relates to multiple special interests and related policy. In the case of the proposed reforms in New York and the controversy over ‘our freedom and rights’ to access to sugar that is increasingly being recognized as a health risk when consumed in large quantities.

A National Institute of Health study reported on the findings in New York back in 2004:

Calories from different sugars are known to do different things in the body. glucose when consumed with its natural fiber components are indicated to metabolize and process into energy for the body more than sucrose and fructose. High fructose, sometimes referred to as super sugars, which are processed sugars are indicated to disrupt processes in the body such as Leptin production and also alter dopamine receptivity. These changes alter neuro-chemistry such that the mind thinks that it is still hungry even though sufficient calories have already been consumed.

While these processes are continuing to be studied in further detail the evidence is reasonably clear that consuming certain sugars in higher quantities produces unhealthy consequences.

…the special interests. They have already taken away our freedom.

The argument used to counter any regulation of sugared drinks by the government is generally a ‘liberty’ argument. It goes like this: If ‘government’ regulates sugar for poor people, then government is taking away their freedom. But the reality is that the people that designed these sugars to do what they do are actually the ones that are taking away individual freedoms to various degrees. Awareness of the problem is not high enough for everyone to avoid the drug (overdosing on sugar) and it’s in just about every darn food on the supermarket shelves. So ‘our’ freedom has already been impinged upon by the special interests. They have already taken away our freedom.

This argument that government is trying to take away our freedom is bad on multiple levels. It is the job of government to protect ‘the people’ from heath risks that are clearly indicated in evidence. For example: before government regulation corporations used to dump things like hexavalent chromium into low standard holding ponds that leaked into groundwater systems.

Yes, it is the job of government to act on clear evidence when a risk is clear. In fact it is also governments job to examine risks prior to allowing even ‘potential’ risks when the risk or danger is so high as to ‘possibly’ cause serous cost of damage. This is known as the precautionary principle.

The reality is that obesity is increasing, special interests are trying to prevent regulation, and we, ‘the people’ are paying for the lack of regulation.