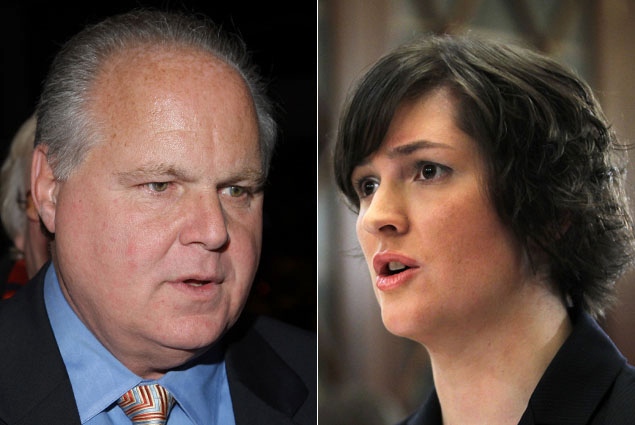 Bias Clouds Truth & We Need To Be More Careful

EDITORIAL: Free Speech Gone Wild: Rush Limbaugh, in a grand gesture to challenge the edge of what can be considered wise, if not merely palatable in his extreme rhetoric, attacked Sandra Fluke calling her a “slut” and a “prostitute” for her position on contraception. This all in the context of the continuing ‘healthcare debate’.

Limbaugh was unapologetic, until of course his advertisers began to drop his show. Apparently, after he realized that his actions would affect him ‘financially’, he had a change of ‘heart’. He released a statement as follows:

“My choice of words was not the best, and in the attempt to be humorous, I created a national stir,” and “I sincerely apologize to Ms. Fluke for the insulting word choices.”

Sandra Fluke, in an appearance on ABC’s ‘The View’ responded:

“I don’t think that a statement like this issued, saying that his choice of words was not the best, changes anything, and especially when that statement is issued when he’s under significant pressure from his sponsors who have begun to pull their support,”

Free speech is one of the greatest and most profound aspects of the American experience. It protects us from abuse by government and allows the free development of ideas. However, having free speech does not remove our own personal and general obligations to good sense in contributing to rational discourse.

Limbaugh has a long history of ‘appeal to emotion’ argument style and keeps himself insulated from rebuttal on his shows. Since someone challenged him from the audience some years ago, and essentially demolished his argument, he has shied away from allowing anyone else to exercise ‘free speech’ on his shows. This tendency exposes that Limbaugh is a capitalist rather than a conservative. He targets the Republican ideology market, one that is willing to embrace his emotional rhetoric that has less in common with reason and rationality, than it does with anarchy and self-centered opinion.

…we need to look beyond the limits of our emotional perspectives and examine the evidence form all sides.

If we hope to present a rational argument, we need to look beyond the limits of our emotional perspectives and examine the evidence from all sides.

As to integrity, what can be said of he who would only change his opinion when it affects his wallet? Limbaugh continued attacking Sandra Fluke two days later and criticized President Obama for lending his support. As soon as Rush realized he was losing advertisers, and perhaps listeners, his perspective changed. That is not integrity, in fact it is quite the opposite. Sandra Fluke did not accept his apology, and justifiably so. It is reasonably clear that Limbaugh doesn’t mean what he says.

As to “Free Speech Gone Wild’, all of us should reexamine how we exercise our free speech. Just because we have the right to speak irresponsibly does not mean we should do it, especially when it causes harm to others.

Pragmatism and reason should be the rule and our arguments should be based not merely on opinion and bias but on the verifiable facts of the case. If we hope to present a rational argument, we need to look beyond the limits of our emotional perspectives and examine the evidence from all sides. Only then might we be more able to present a ‘fair & balanced’ view.

So many public speakers have been fired because of less than what that man said, How his employers cam hold onto him with a clear conscience I’ll never understand.

How can Americans vote for the available candidates over and over again, even after they are caught lying about their opponemts just shows that our party is relivent and needed.

It’s sort of like watching a tag team clown show at this point. We need to get this party started in order to increase the level of rational discourse, and then start electing sensible candidates that are more interested in getting things done right.

Why? Simply put it is because we have no other choices available. Every election there are two bad choices and the only decision we have is to pick a poison or not vote.

Actually, as law dictates, if the statements Limbaugh are untrue, then this counts as slander and is not a protected form of speech.

Free speech is a right, until it becomes false and damaging. If I want to say Obama is an idiot, that is fine because he is in a position where my statement does not hold sway over his general acceptance. If he was to say the same directly about me, it would be slanderous because he is a public figure who’s opinions are taken under careful advisement by the public, and my reputation would become tarnished due to his words.

That is where the problems here stem from.

As far as my feelings towards issues such as this: if he really feels that she is a slut, then find the evidence, present the findings, and close the case. Otherwise, a person should just keep their opinions contained to less defaming remarks if there is no evidence to back it up. Also, don’t flip-flop. Unless evidence is presented to force you to reevaluate your stance, stick to your original opinion. Why is this so difficult for public figures to do? Oh yeah… because they need to be POPULAR with the public.

The party he belongs to was suppose to be founded on morals values and religion. In making the statement he made, he side stepped everyone of those platforms.

Is there anyone here who actually believes Limbaugh and his ilk have any moral values whatsoever?