Looking for Ronald Reagan — and Not Finding Him 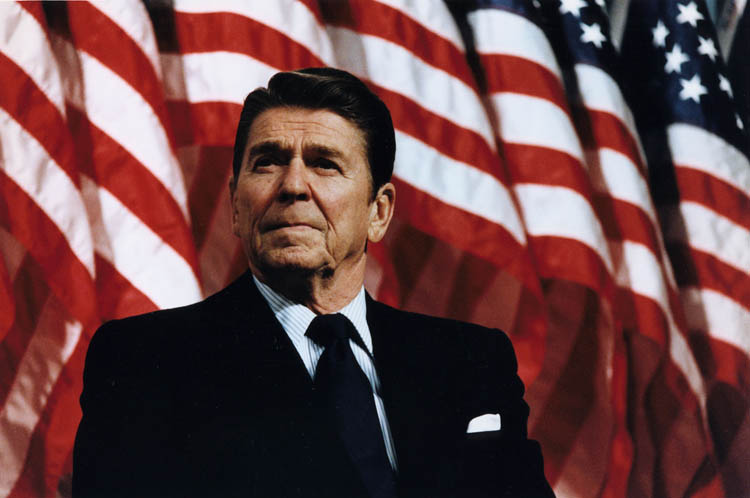 “I know in my heart that man is good, that what is right will always eventually triumph, and there is purpose and worth to each and every life.” – Ronald Reagan

My father said that, and other memorable things, with an earnestness, a resonance, and a sincerity that came from a deep well within him. Note to Mitt Romney, Rick Perry and especially Newt Gingrich — you can invoke my father’s name until your tongues fall out, but you will never be anywhere near his shadow. This isn’t a political pronouncement on my part. I didn’t agree with all of my father’s positions and policies, and I would never consider myself a political commentator. I’m the daughter of a man with deep character, who left a huge imprint on this world. He lived a large and meaningful life and I learned over many years that I had to share him with America. But before that — before politics and the presidency — I listened to his stories about being a poor boy in the Midwest, about standing up to racism and learning from his parents that God has a purpose for everyone and everyone is precious in God’s eyes.

That character is what drew people to my father, whether or not they agreed with his politics. That character is what we are starving for, that many of us had hoped we would find — but are now disappointed that we are not — in President Obama. I think my father, if he were here, would also be disappointed in this administration. But here is the important part: he would never have expressed that with anger and vitriol and snarky soundbites. The Republican candidates tonight appeared to be auditioning for a reality show, not for the lofty position of leading America through and out of these terribly troubled times.

Ironically, the one man on stage who did comport himself with dignity, John Huntsman, is now being dismissed as having not made an impact. The moment he brought the discussion back from airport security to the sweeping poverty and economic panic that is gripping this country was, I thought, profound. It was something my father would have done. But that moment isn’t making the news. The zingers like Perry’s Ponzi-scheme comment, in reference to Social Security, are getting more attention. Maybe the candidates should have wandered over to my father’s gravesite before going on stage. Maybe they should have lingered over the words carved in stone there.

The moment that would have broken my father’s heart was the moment when applause broke out at the mention of more than 200 executions ordered by Rick Perry in Texas. It was stunning and brought tears to my eyes. This is what we’ve come to? That we applaud at executions?

I remember the first time my father ordered an execution when he was Governor. He and a minister went into a room, got down on their knees and prayed. The real shame of our times is that there doesn’t seem to be anyone on the political horizon with that compassion in his or her heart.

Patti Davis (Daughter of Ronald Reagan) is the author of The Long Goodbye, a memoir of losing her father to Alzheimer’s Disease