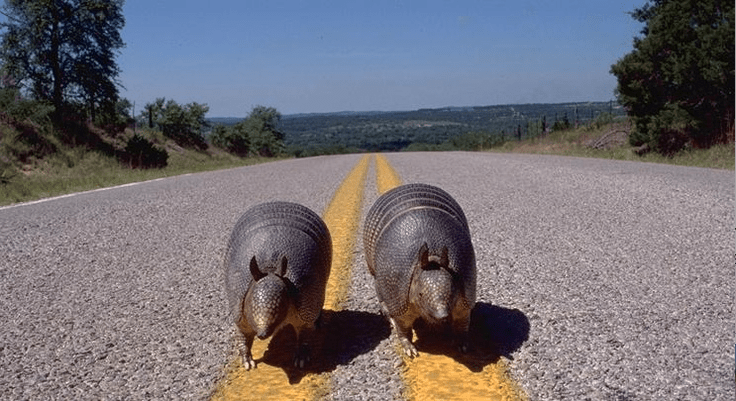 “Ain’t nothing in the middle of the road but yellow stripes and dead armadillos.”

Those yellow stripes are the roads version the ‘voice of wisdom’ saying don’t “spin” out of control. Don’t cross into oncoming traffic. At the same time, some people are heralding that the middle of the road is “no mans land”, others are okay with the centrist idea. There is an important message here.

Let’s forget about armadillos and discuss the yellow stripes. While driving, those stripes keep the left and the right from crashing into each other, and generally prevent a lot of death and mayhem. They reduce anxiety while driving by being a constant reminder about which side of the road we are on.

Without that yellow stripe, we would have many more high anxiety moments, than we would care to experience, especially in the rain when it’s harder to see the yellow line. The yellow stripes act as a constant reminder, if we cross, we can get in serious trouble. In a sense, those stripes are the voice of wisdom on the road saying don’t “spin” out of control.

Let’s talk about Centrist America. Many people wonder why politicians can’t seem to make sense out of it all. Why they can’t go about the business of America in a sensible fashion that gets things done, and address the needs of the people and the nation in a manner that works in the short, and the long run?

They love swerving out into the middle of the road so they can get attention and grab votes. Some may even mean what they say “when” they say it. But once elected, they are immediately subjected to the demands of the party. It’s just a fact. President George W. Bush, like President Clinton before him, ran with many centrist issues as well as right and left wing issues respectively, and they both won the election. In fact, most presidents run with centrist agendas attached. We need those yellow stripes to keep us safe from spin, and swerving, and all the dangers associated with such things.

The Centrist Party is designed to give Centrist America a safe “yellow line” to help regulate the left and the right. It’s about balance and reason on a political road that, at the moment, does not have a yellow line. When a politician claims centrist ground that person is saying something.

What happened in Connecticut to Senator Lieberman is a perfect example. Many of the Democrats that supported him have retreated and gone back to their base line. But that was just a primary. To be fair, both parties do their level best to get Centrist America to vote for their candidate. When the elections are over, those candidates are always subjected to the left and right agendas. There is no real difference between the left or right on this issue. Stealing from the middle has become pro forma in our political processes.

The Message is Simple

We need a Centrist Party to bring a higher degree of integrity to the political field. Rallying around an emotionally charged issue may win a battle, but will it win a general election? Remember there are a lot of issues on the road that need to be dealt with. It may seem precarious to hang out in the center of this political road, but the reality is, the center is where things get done, the place where people meet, to discuss, argue ideas, and find solutions. It’s just common sense.