To achieve common sense solutions balancing economic realities and the needs of the people. To create a strong foundation for mainstream America that is not prone to undue influence from special interests or unfounded bias. To move away from character assassinations and toward solution oriented campaigns. To empower people, and the vote, with a strong position based on the strength of choice and the honor of well reasoned consideration. To formulate policies and solutions that regard short, medium and long term considerations at all levels.

Centrism is about taking a solid stand on strong principles. It is not about compromise or moderation, though it is considerate of them. The Centrist Party is about achieving common sense solutions that fit current needs; ensure the public trust; serve the common good, and address short and long term needs. Fiscal and social responsibility balanced with personal responsibility and capacity tied to performance and progress.

Broadening the scope of choice for America.

The United States of America was born out of a desire for freedom and the willingness to strive to achieve it. Its peoples come from many nations, cultures and perspectives. Traditionally, Americans shared these things in common, the freedom to pursue their dreams. A dream of independence, liberty and justice for all. And a common sense of fairness. The idea that honor and integrity matter. Certainly that is not all. But what we have seen lately is a breakdown of the application of American principles.

Working together for a better America.

Polls indicate about 30% of America is split strongly 15% left and 15% right. That leaves 70% of us looking for a  better solution; a centrist solution. But we are forced to choose candidates from the left or the right when we vote.

With both parties polarized in opposite directions and entrenched in their special interest relationships; the consensus is that America needs another choice to restore balance to the system.

Many elected officials and candidates are either already Centrist, or campaign on centrist issues to increase their electability. Getting the Centrist Party on the ballot will level the playing field. That gives Centrist America a foundation with integrity to have their views represented.

There are good ideas originating from both sides of the aisle. In order for these ideas to work for our nation, our businesses, and communities, we need a strong center. That will ensure good ideas are not watered down. The only special interests politicians should be serving are the interests of the people and the nation. Not the inappropriate agendas of lobbyists. Legislation should be written by congress, not corporations.

The message is simple, the way to fix bad governance is to create a solid center. It just makes sense.

America is already quite Centrist. On average of the past two decades about 40 to 43% of voter registrations have registered independent. The majority of Americans seek solutions beyond the boundaries of current party politics. By giving those ideals a home, we have a foundation we can build on. The Centrist Party is that home.

What is between the left and the right? These are the folks that just want things to work. These citizens are the ‘silent majority’ we’ve heard about in recent years. But it also consists of those on the right and left frustrated with polarized left and right parties. Those that are tired of watered down solutions that are not working for America.

Again, that is why we need a Centrist Party. To create a solid center that rejects moderate solutions and stands up for the best ideas based on evidence. A party focused on pragmatic reasoning. That is where The Centrist Party comes in.

We have all seen the result of the two party system, with the Democrats and Republicans trying to work together and pass legislation that is meaningful. It doesn’t work.

The typical outcome is watered down legislation and weakened bills produced by moderation and compromise.  And because there is not strong center, every time we the right and left change sides, our entire policy swings right and left. That is actually costly in many ways. But beyond that it tells other nation States that American policy swings and is less stable than desired. From an international perspective regarding America’s State Department Mission that weakens Americas influence.

What we haven’t seen is a true Centrist Party not subject to the left and right agendas but dedicated to the interests of the people and the nation. Once we place Centrists in our government, we can begin to stabilize American policy and get us on track to a stronger America.

It is more important than ever for America to establish a Centrist Party in order to move forward in addressing current and future needs of the nation. The Centrist Party, founded in reason, will have greater success than continuing to try to get two parties that have become increasingly polarized to work together. Especially when you consider that those parties have their campaigns funded from special interests. TO make things more weird, many special interests fund both sides.

Compromising reason to produce policy does not produce the best policy, it produces lower quality policy. We should work hard not to compromise reason and evidence just to satisfy watered down solutions.

A 2006 study by a Princeton research group surveyed public attitudes toward politics, the parties, and the idea of a Unity Ticket. The survey did not include a “Centrist Party” but certainly indicates the strong desire for one.

Bringing together the best ideas and meeting in the center.

Many Republicans, Democrats and Independents believe Centrist views will allow America to achieve better solutions that work for the nation. The Centrist Party (CP) allows for a position not torn between partisanship and polarized agendas.

We need to break out of the two party system and build a bridge between bias and reason. The CP will span the distance between the left and the right, and address the scope of the nations needs from Americas mainstream point of view.

Americans no longer look for the best candidate for the presidency; they seek the one that is not the worst candidate. Putting the Centrist Party on the ballot will help but in the mean time we need to support independent candidates that support centrist ideology.

The Problem of No Center

Imagine a fulcrum with no balancing point, it wouldn’t be much use.

The far left and right seem to oppose centrist candidates for drawing outside the party lines. Primarily, the difference between Republicans and Democrats from Centrists, is that Republicans and Democrats are strongly controlled by their own extremes. Centrists can take a stand on issues based on regional and cultural needs at the State and local level.  The CP can also bring stability to our National positions.

Looking at immediate needs weighed with future needs is essential in a well reasoned approach.

Both/And Now and in the Future

By examining the entirety of an issue across the political spectrum one is able to devise solutions specific to the issue at hand. This significantly increases the integrity of the positions and a candidates ability to support the issues. This ability serves the public need and opposes polarizing politics.

It also allows for new solutions to be developed that are not caught up in the special interest bias that currently drives campaigns and political policy. This conflict of interest between special interests and the needs of the people and the nation has created the ‘spin machine’ tactics used by politicians and governance. It is expected that a corporation would spin towards its advantage. Unfortunately, it is also expected that politicians whose campaigns were funded by corporations will also spin towards the corporations advantage.

Centrists don’t have party lines. We believe that solutions based on evidence are more important than bias. While there is no set rule for what a Centrist is, there are some generally accepted guidelines that seem to depict the Centrist mode of thought. Centrism is a political ideology based on reason and pragmatism considerate of short and long term thinking. It is not defined by compromise or moderation, it is considerate of them. Centrism is about achieving common sense solutions that appropriately address current and future needs. That means supporting the public trust, and serve the common good with consideration of risk and capacity in context of these needs.

CP perspective – Centrism is NOT:

Centrists are independent thinkers. They gauge situations based on context and reason, consideration and probability. They are open minded and exercise conviction. Willing to fight for reason as opposed to ideology.

Centrism is not a belief. It is an open book to an unfolding situation. This does not mean it is moderate, but that it is considerate of changing circumstances that may require reconsideration based on the intelligence available, and reason itself.

What Centrists Are Not

Moderation has more in kind with compromise than working toward the best solution. The reality of modern politics is that compromise is the status quo. This leads to policy that is not based on pragmatism but rather on the needs of compromised points of view.

The goal is not compromise, but rather pragmatism based on reasonable considerations, short and long-term. In other words, decisions and policies based on the best answer, not the compromise between two flawed perspectives that are ideologically opposed.

When necessary, compromise, but fight for reason and present the case to bring others closer to the most pragmatic solution or policy. 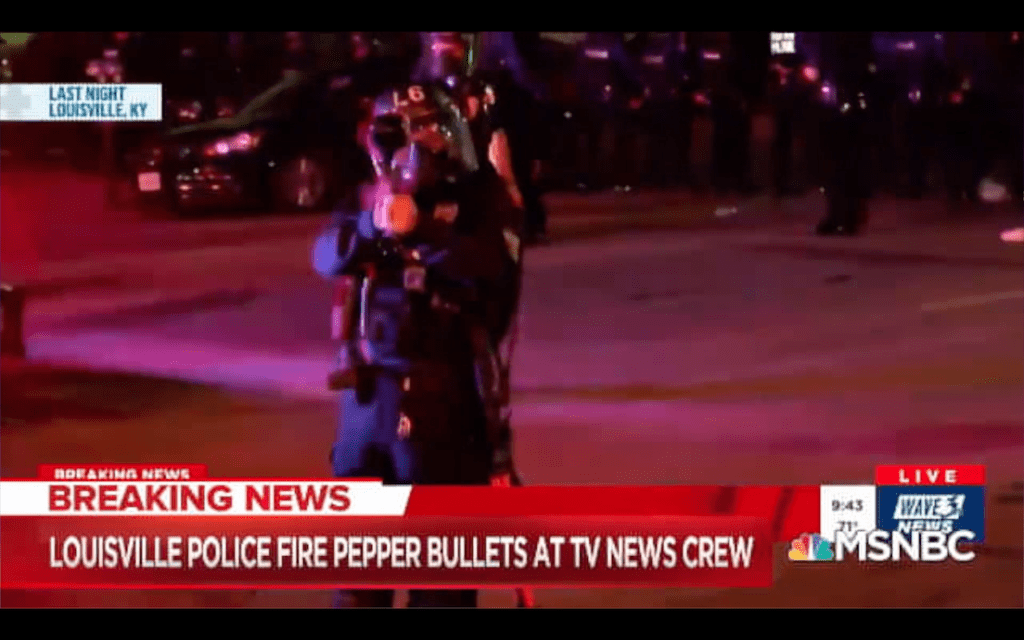 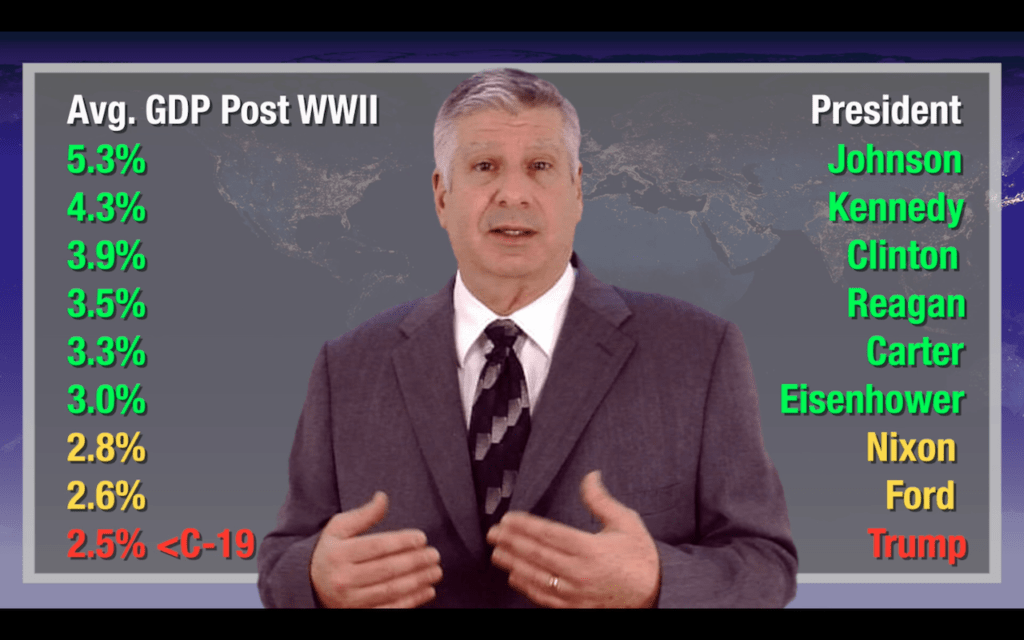 Fact Check On Trumps NOT The Greatest Economy 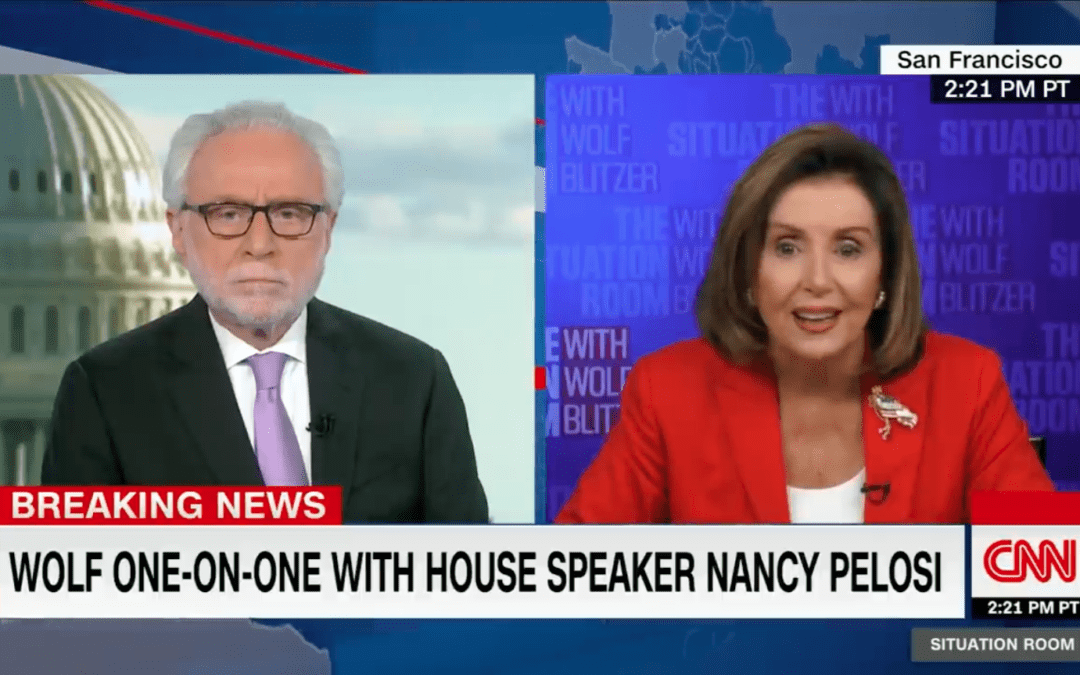 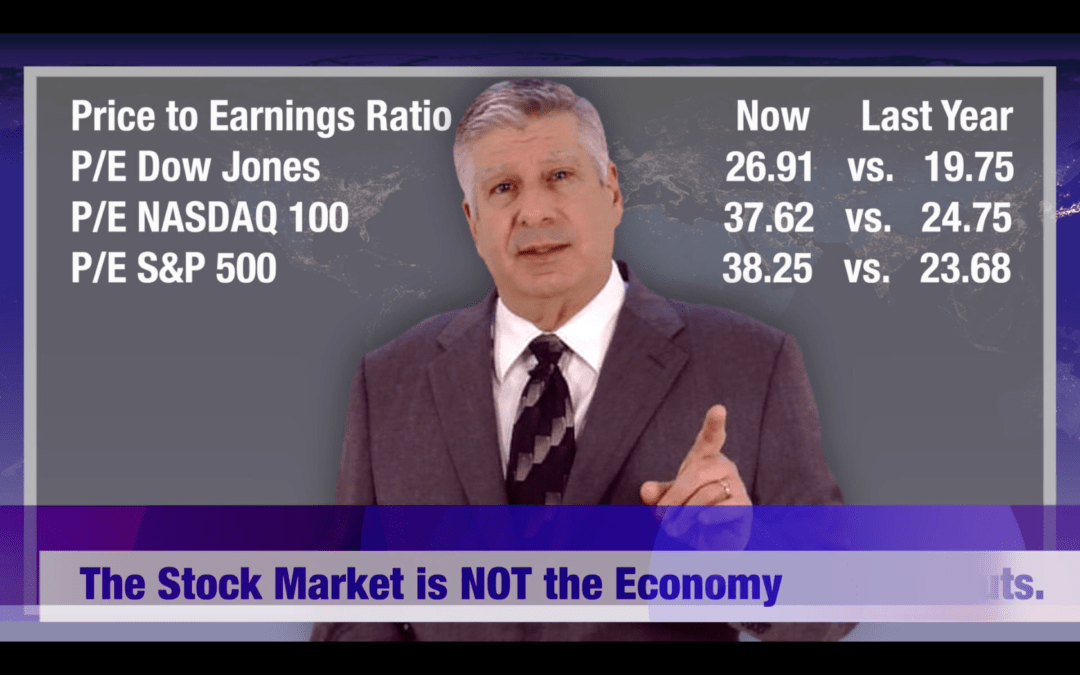 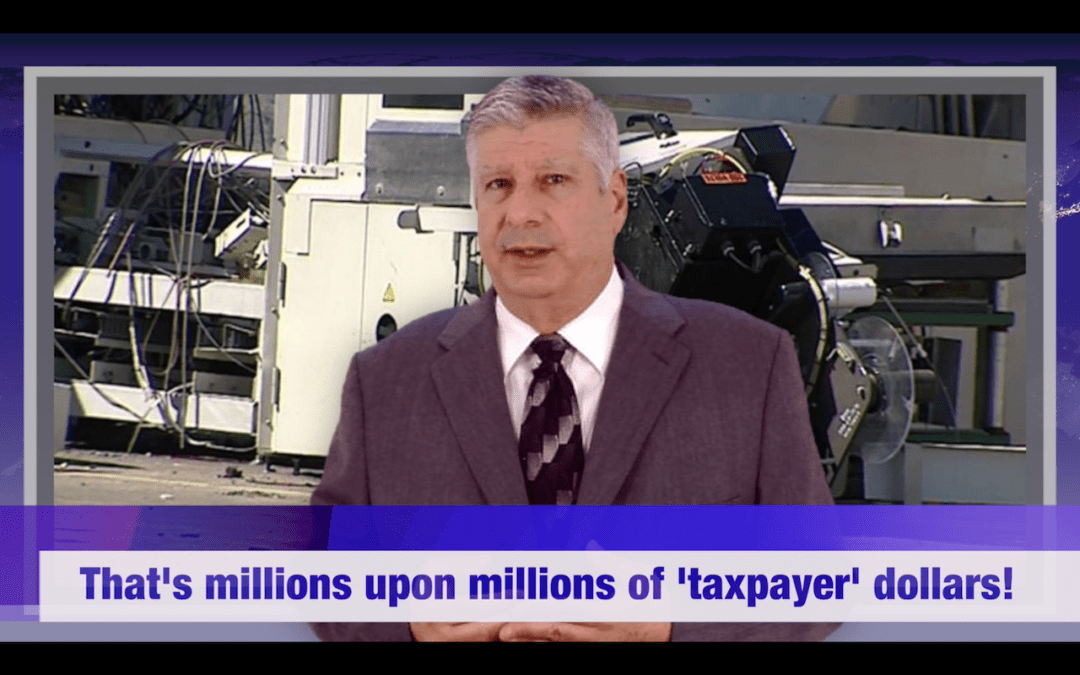 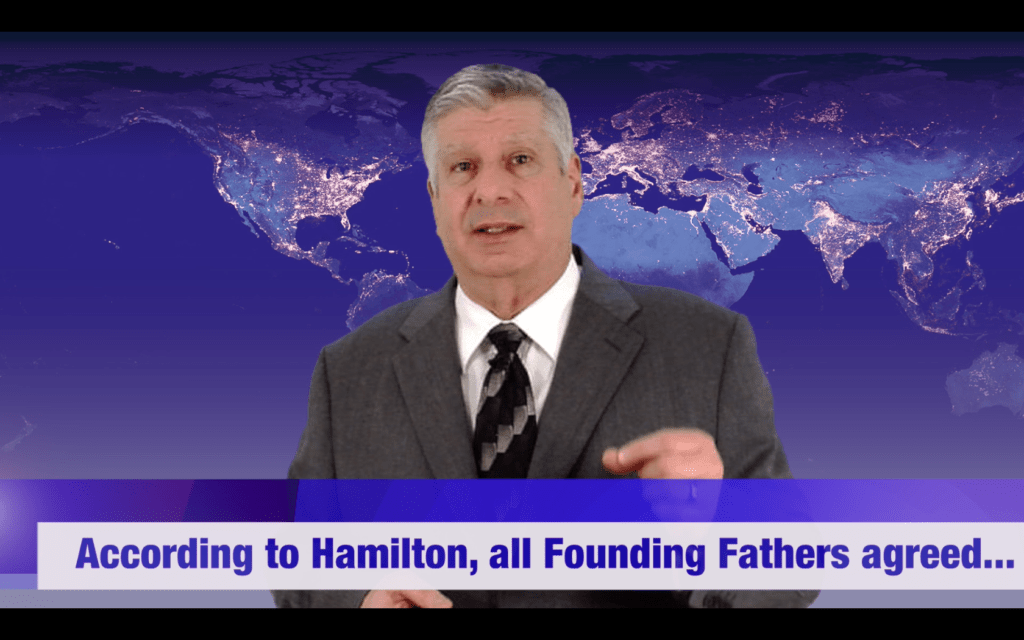 The Purpose of the Electoral College 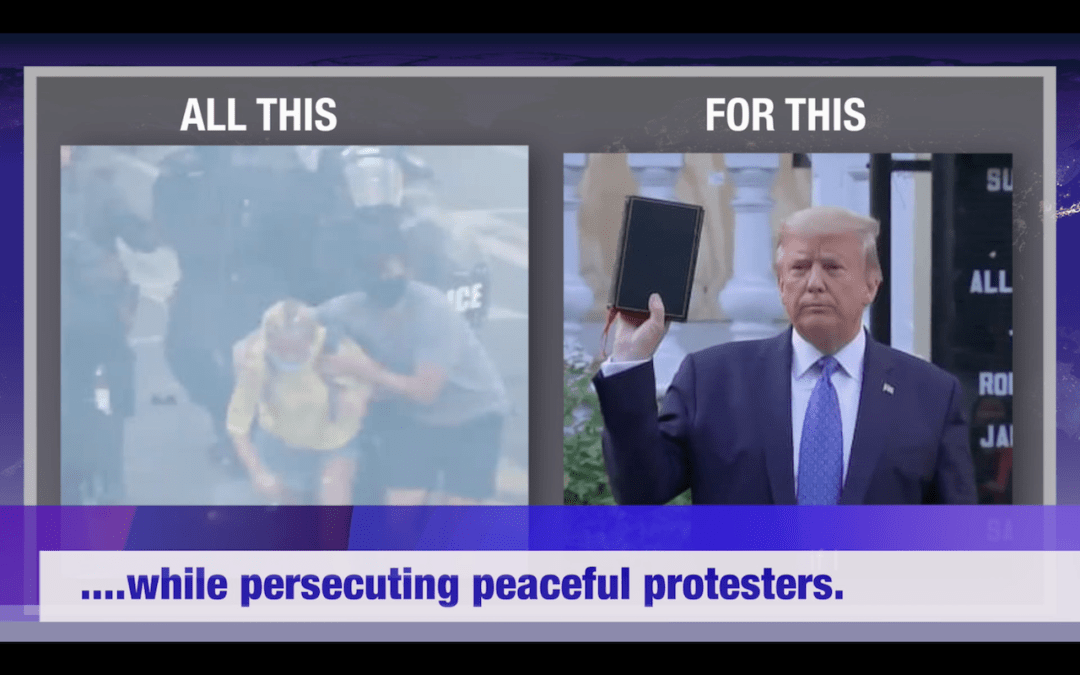 Trump is an Antichrist, Not a Savior 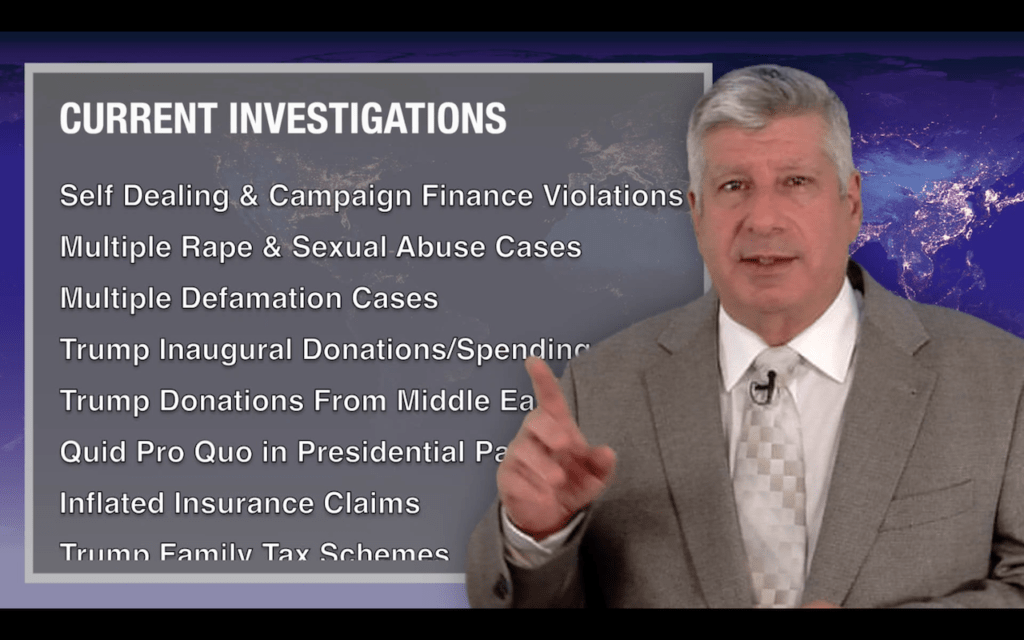 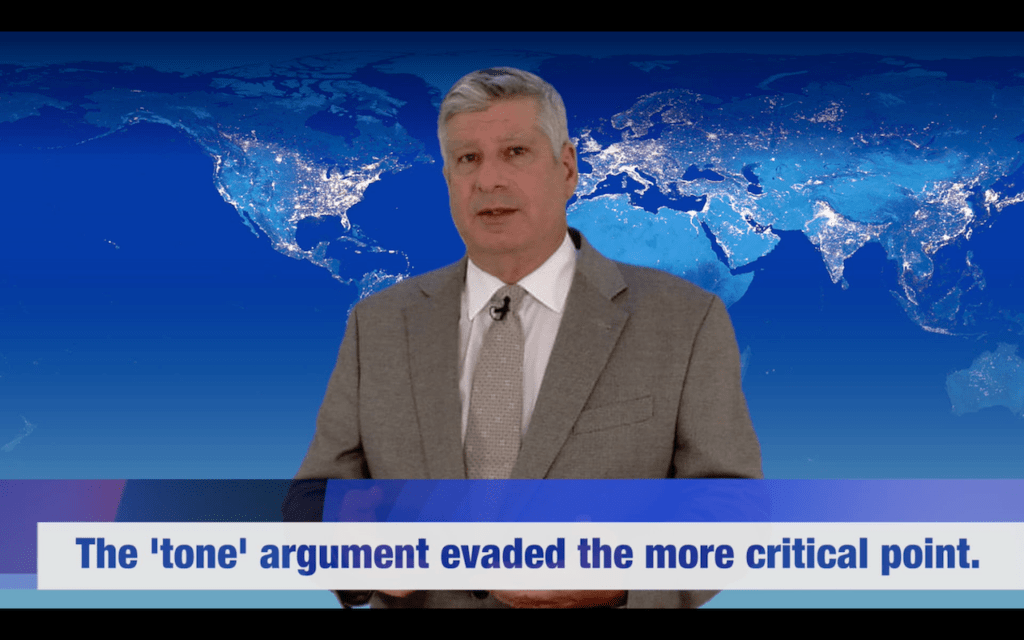 Tone of Voice vs. Substance 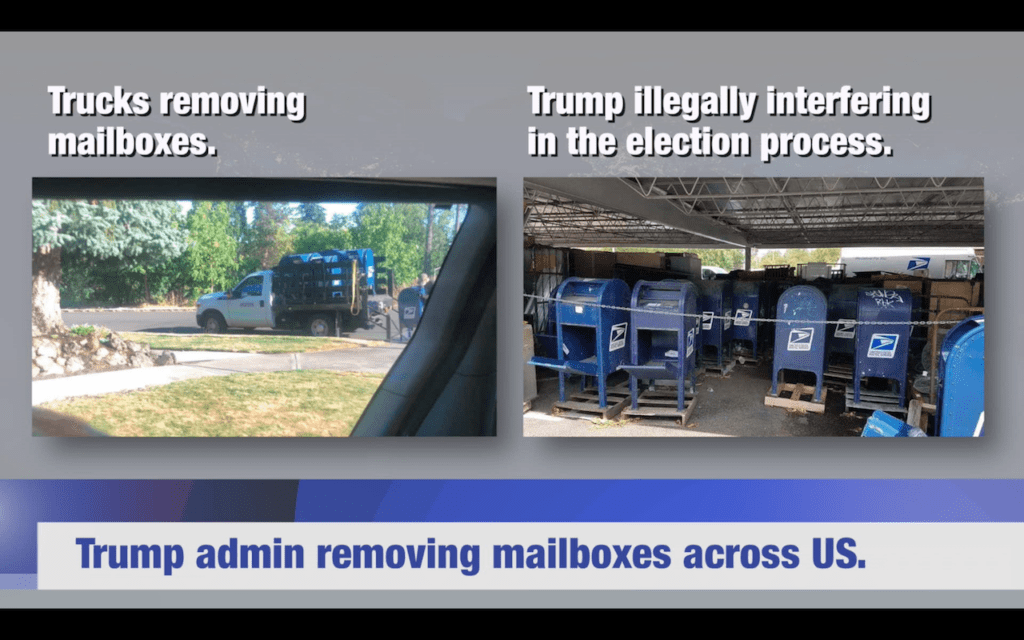